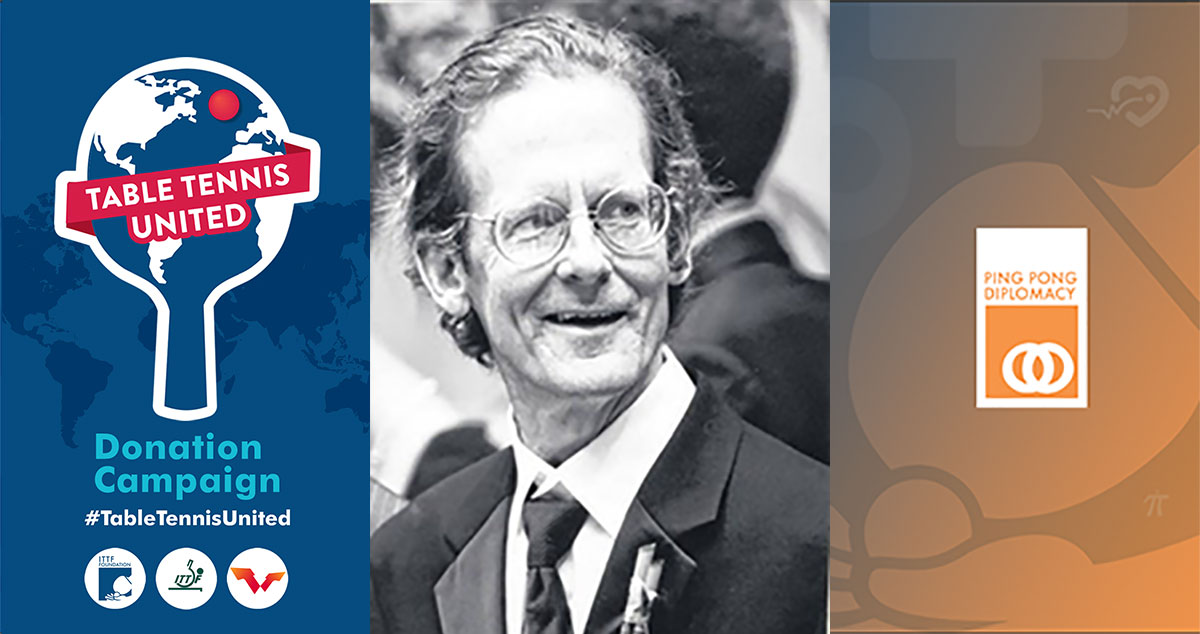 At the ITTF Foundation, we were really amazed when a group of US citizens made a generous donation in memory of John Tannehill as part of our pandemic-related TTU fundraising campaign several days ago. On closer inspection, however, it makes a lot of sense. Because John Tannehill has also committed himself to society as a table tennis player away from the table tennis table. And here the circle closes again.

Who exactly was John Tannehill?

Born on Thursday 1st May 1952 John Vernon Tannehill grew up in Middleport, a small town along the Ohio River; he was introduced to table tennis by his father Chet, the editor of a local newspaper, his introduction to the sport being in Columbus. Notably the distance from his home was 100 miles, thus the visits were often resigned to weekends where he would be accommodated by local club members. Starting to play before teenage years, he improved quickly.

Later, his table tennis career included major awards as a junior and several years as one of the top players in the United States, including two second place finishes at the US Open.

His greatest social influence as a table tennis player certainly goes back to the year 1971. As part of the US delegation, John Tannehill and his US team visited China. At the time, John and his teammates played an essential role of reopening the relationship between China and the USA. Ping-Pong Diplomacy was born and even the New York Times reported in detail about this great event.

Now, almost 50 years later, Ping Pong Diplomacy is still helping to soften hardened fronts and bring opposing parties back to the negotiating table. This is also thanks to John Tannehill and his US teammates due to their visit to China in 1971.
Within the Ping Pong Diplomacy programme, we at the ITTF Foundation maintain his legacy and ensure that this will remain the same in the future.

And here for further information about TableTennisUnited.