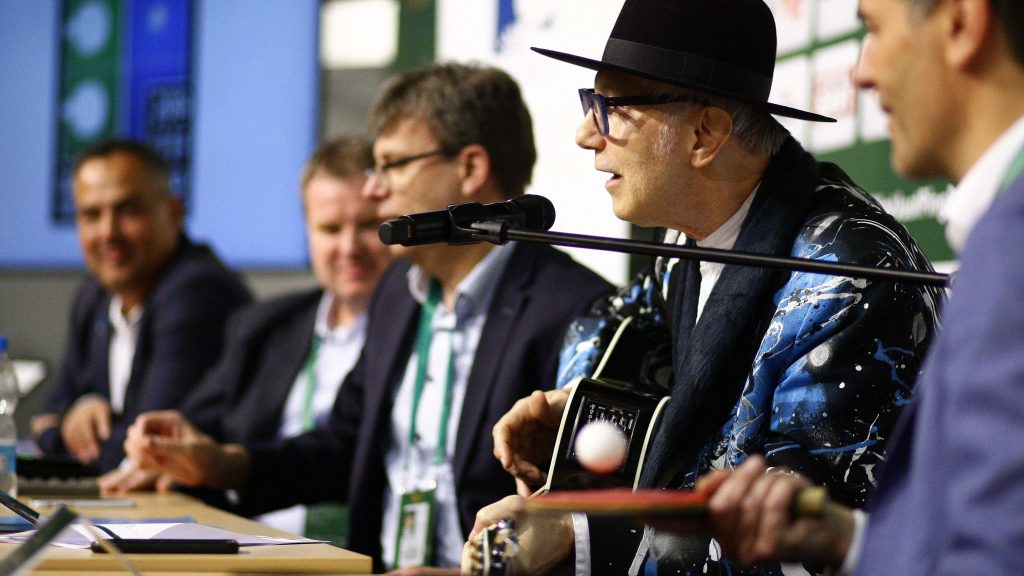 The Championship is open to all players with a Parkinson’s diagnosis worldwide and applications should be submitted by individuals or national table tennis associations until the August 15th deadline (early entries) and 10th September deadline (final entries). So far, entries have been received from Croatia, Denmark, Germany, Sweden and Netherlands and the USA.

The event is slated for October 11th to 13th, 2019 in Westchester, New York, and the Championships are open to any player with a Parkinson’s diagnosis. A passion pursuit for musician, peace activist and founder of Ping Pong Parkinson Nenad Bach, the Parkinson’s World Championships will be hosted at the local Westchester table tennis centre. The Centre’s founder Will Shortz is working alongside Mr Bach in this pioneering initiative by the ITTF Foundation and the International Table Tennis Federation.

The tournament will open Friday 11th October and there will be an overall eight competitions; men’s singles and women’s singles in three categories depending on the level or symptoms of diagnosis of the players, ranging from mild, moderate and advanced. The categorization will take place one day before the event’s date by a team of neurologists and professional players. In addition, there will be an open to all men’s doubles and women’s doubles.

“I’m proud that the Westchester Table Tennis Center is hosting this ground-breaking event. It highlights the fact that table tennis can be particularly effective as a means of battling Parkinson’s Disease.” Will Shortz, Board Member, Ping Pong Parkinson

ITTF Foundation’s table tennis for health program is the foundation for this initiative. It aims to promote the physical and psychosocial health benefits of playing table tennis, and in this event in particular for people with Parkinson disease while also raising awareness.

FOR FURTHER DETAILS ABOUT THE EVENT, INCLUDING IMPORTANT DOCUMENTS AND ENTRY FORMS FOR THE 2019 CHAMPIONSHIPS, PLEASE VISIT THIS WEBSITE : https://www.ittf.com/tournament/5107/