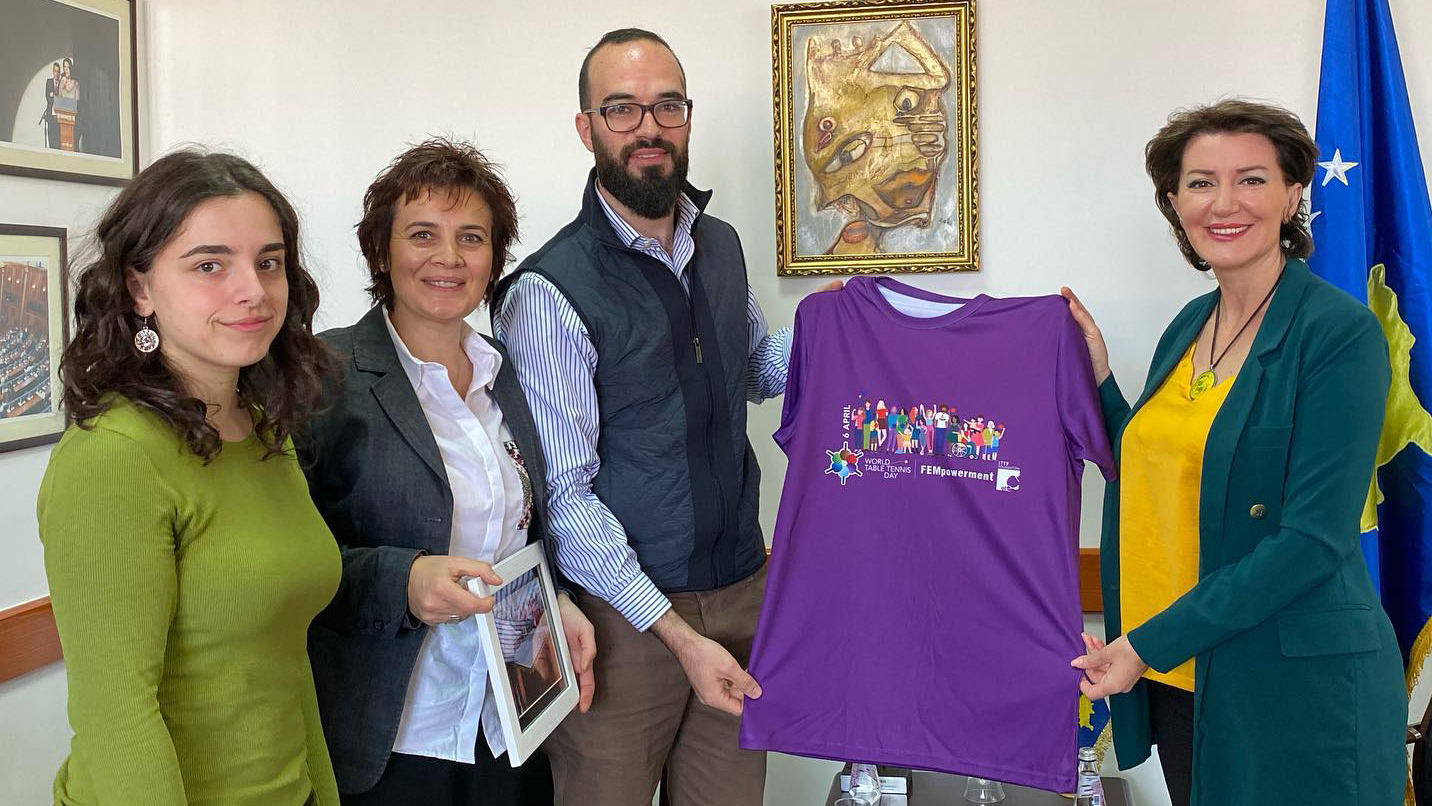 The main theme this year is the empowerment of women through table tennis; increasing the number of girls who play the sport, it was an issue discussed with Mrs. Jahjaga and in which she showed a great interest.

"Women's empowerment is a really important issue, for which every individual and every institution must be committed, in order to fight gender equality. I am also really pleased that you as table tennis clubs, through the sport you represent are trying to make a difference in this aspect", Atifete Jahjaga

Undoubtedly, the fight for gender equality continues to be pronounced in our country, especially in the field of sports; this was illustrated by the President of the Prishtina Women’s Club, Besire Domaniku.

"Unfortunately, the non-participation of girls in sports activities is still a problem in our country and in order to increase the number of girls in the sport of table tennis, Prishtina Female Club has decided to remove from payment girls interested in practising this sport and thus try to empower them as much as possible," Besire Domaniku

In order to achieve the stated goals Priping Club in cooperation with Prishtina Female Club have decided to organize an event on Tuesday in honour of World Table Tennis Day, where the former President will also be a participant.

"The planned event, in addition to being held to mark World Table Tennis Day, also aims to raise awareness among all citizens, to motivate as many girls as possible to start practising the sport of table tennis and sport in general. We are very happy that Mrs. Jahjaga is also joining the organization, because she worthily represents the strong voice of women," Kastriot Orana

Therefore, on Tuesday 6th April through the planned organization, a very big message is expected to be conveyed: the importance of empowering women in society, achieving this empowerment through table tennis.