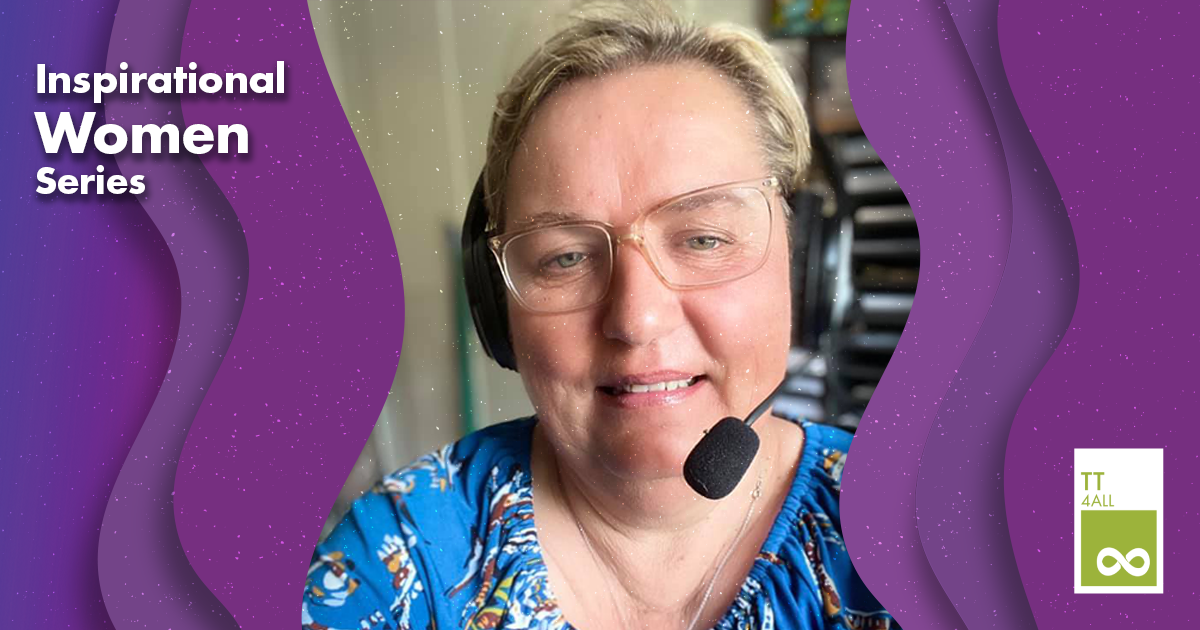 If you can dream it, you can do it: Elisabeth Ildal

A known face and name in the Parkinson’s movement and table tennis community, many people know the Danish player for her bright and bubbly personality. Her commitment and relentless optimism are contagious. But the diagnosis of Parkinson’s Disease has not always been a source of motivation and force – it even made her put down her paddle once. Elisabeth “Lizzi” Ildal told us how she picked it up again.

Back in 1972, following the invitation of a school tournament, Elisabeth first got involved in table tennis at the age of 13. In her childhood, she engaged in a variety of sports, but table tennis fascinated her. The hypnotising clicking sounds of the ball kept her at the game, almost exclusively surrounded by boys. It was not until she moved to Copenhagen, Denmark, at the age of 21, that Elisabeth played on a women’s team.

After years of proving her skills and talent in boys’ and men’s teams, Elisabeth kept playing, now in the women’s division. Her enthusiasm for the sport was passed on to her children:

"When my kids were little and I was too tired to read bedtime stories, I told table tennis stories […]. When my daughter Katrine was 8 years old, she asked me if she could start playing table tennis. Since there were no clubs nearby, I started my own table tennis club in 1999. The club became my fourth child."

Scouting young talents, taking coaching courses, being part of the education committee of Table Tennis Denmark and dedicating her free time to the club and travelling across the continent – thanks to her drive and commitment, the club soon thrived. Especially the trips to training camps in China with her young players turned out to be impactful experiences for Elisabeth.

Everything changed drastically in autumn of 2012. After Elisabeth successfully ran as candidate for the elections of city council in her hometown, she hit a streak of very bad luck. First, her husband underwent surgery that went poorly, a mere month later, her still adolescent son also needed to be operated. Just a few weeks later, her husband survived a blood clot in his heart. And finally, in June of 2013, Elisabeth received the diagnosis of having Parkinson’s Disease (PD).

The diagnosis turned her life inside out. Struck by panic, Elisabeth kept quiet about these news, left the club and retreated into a dark place where she would stay for a long time. The club was shut down 8 months after Elisabeth left. Meanwhile, she was elected for city council and won the election in 2013 – all while keeping her secret and being mentally troubled.

For three more years, Elisabeth dealt with this life-changing diagnosis by herself, not telling anyone about it. But in 2016, she called a newspaper to finally break the silence about her being hit by PD. This was a turning point: She did not allow her disease to hold her back anymore.

From that point onwards, Elisabeth became more and more involved in the PD community. In 2016 she attended the World Parkinson’s Congress (WPC) and was even chosen their Ambassador and blogger for the next WPC in Kyoto in 2019.

She founded her own training centre, Cure4Parkinson, where people with PD can engage in sports such as boxing, fitness, biking, and, of course, table tennis. She also can be heard giving podcasts on radioparkies.com.

But it has not always been sunshine and roses. Elisabeth openly talks about struggles with overmedication, anxiety, insomnia, and the dread of coping with a disease without a cure. A holistic approach and focusing on exercise for the mind and body brought her back on the right path. Despite all struggles, Elisabeth never loses her good spirit. She reminds herself to be grateful for the life she was given and counts on the support of her family. She points out that she lives with Parkinson’s but will never let it define her.

Elisabeth is not only active in the Parkinson’s movement, but was also chosen as one of the ITTF Foundation’s Promoter for World Table Tennis Day 2021 (WTTD), which is all about FEMpowerment through table tennis. Having played in boys’ and men’s team for the first ten years of her table tennis career, Elisabeth had to prove herself once over. Addressing the topic of gender equality in the table tennis community, she makes clear:

"We need more female leaders at all levels, not because they are women, but because they have the qualifications. Table tennis is far too much men’s sport, even to this day in Denmark."

For her WTTD event, she aims to bring together women and girls with and without disabilities, not only to break down barriers but also to prove that by playing along and united, we can lift each other up.

A motto Elisabeth lives by is “If you can dream it, you can do it.” To everyone out there, she would like to share her words and advice:

"Life is a choice, you can go left, right, but please take the positive way. Be a warrior who never gives up. Get the best out of the life you have been given. Be stubborn. Be thankful. Treat others as you want them to treat you."

We thank Elisabeth for her openness and for being such an inspiration, not only for people struggling with a chronic disease or disability, but everyone out there.