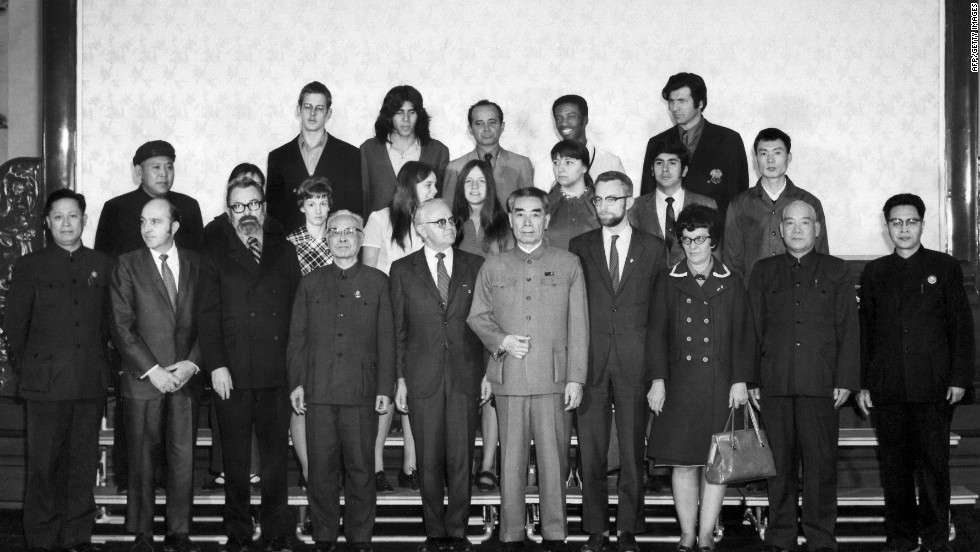 Historical day but Ping Pong Diplomacy as important as ever

Now 50 years ago to the day, on Saturday 10th April 1971, following the conclusion of the World Championships in Nagoya, the United States team and accompanying journalists arrived in Beijing, the first American delegation to visit the city since 1949.

It sparked “Ping Pong Diplomacy”; the result an era of understanding and co-operation, a quite unique happening from which we should learn and most importantly a lesson for the future. Thus, with the concept in mind, the Ping Pong Diplomacy (PPD) Task Force has been created.

The inaugural meeting was held on Monday 29th March by video link when representatives from the International Table Tennis Federation, the ITTF Foundation, in addition to China and the United States Table Tennis Associations, took part:

Undoubtedly, the events of 1971 set the stage, when Glenn Cowan, a self-confessed hippie, after practising with China’s Liang Geliang prior to the start of the 1971 World Championship inadvertently boarded the bus carrying the Chinese team. Zhuang Zedong, three times world champion (1961, 1963, 1965) shook his hand and presented Cowan with a silk-screen portrait of the Huangshan Mountains, a prized product made in Hangzhou. Glenn Cowan wanted to return the favour but all he had was his comb!

The following day he presented his new-found friend with T-shirt containing a red, white and blue peace emblem flag with the words “Let It Be,” lyrics from a song by the Beatles.

Quite simply those events underlined the power sport, the power of table tennis; two people from differing ideologies had become the best of friends.

“Ping Pong Diplomacy has a special place in the table tennis world and is one of our most historic and famous moments. Fifty years have passed since that significant time and we are pleased that we will look for ways to celebrate it again and again to show table tennis is a tool to develop diplomatic and friendly relations between nations and people.” Steve Dainton

A landmark occasion, in addition to the United States, teams from Canada, England and Nigeria visited China immediately after the Nagoya 1971 World Championships; the warm welcome afforded by the Chinese and the magnitude of the occasion was perhaps appraised the best by England’s Alan Hydes prior to the start of the first match.

“I looked through the curtain, there were more than 20,000 spectators, more than for a Barnsley Football Club home match!” Alan Hydes

Unwittingly Glenn Cowan had broken the ice, later in 1971 a Chinese delegation was welcomed in England, both teams were welcomed to 10 Downing Street by Edward Heath, the Prime Minister at the time. The following year, Richard Nixon, the President of the United States, visited China for one week from Monday 21st to Monday 28th February 1972. Two months after Richard Nixon’s visit; from Wednesday 12th to Sunday 30th April, Zhuang Zedong led a Chinese delegation to the United States. They visited Richard Nixon at the White House.

Undoubtedly the remarkable events of 1971 are the most reported but there are more; fast forward to the Chiba 1991 World Championships when the Democratic People’s Republic of Korea and Korea Republic joined forces to compete as Unified Korea remains to this day a landmark occasion.

Some years later, the film “As One” was produced to mark a special occasion not only for sport, also for humanity. Meanwhile, more recently, at the two nations were due to meet at the semi-final stage of the women’s event at the Liebherr 2018 World Team Championships. Quick discussions and their request to compete “As One” was granted.

Perhaps the decision was not in line with strict, unbending regulations but it was in the best interests of humanity; moreover, from whatever side of 38th parallel the players resided, all you could see were smiling faces.

“It’s not by chance that Ping Pong Diplomacy is one of the five programmes of the ITTF Foundation. We strongly believe in the power of table tennis to bring people and nations together. The day we announced the creation of our Foundation to the ITTF Family in Halmstad during the 2018 World Championships, we invited the teams from the Republic of Korea and the People’s Democratic Republic of Korea to play together for fun. The next day they presented themselves as a historical unified team. That was a symbol that Ping Pong Diplomacy lives on.” Leandro Olvech

As in Halmstad seven years later, the memory that shone through was that of smiles and friendship; the country to whom each belonged was not a primary fact.

We learn through history; whatever the institution it is people who matter, the vast major seek tolerance and understanding, only the few want to be divisive.

On that premise, Ping Pong Diplomacy Task Force, comprising the whole ITTF Group, looks primarily to the next two years, promoting understanding, co-operation and tolerance, just as 50 years ago.