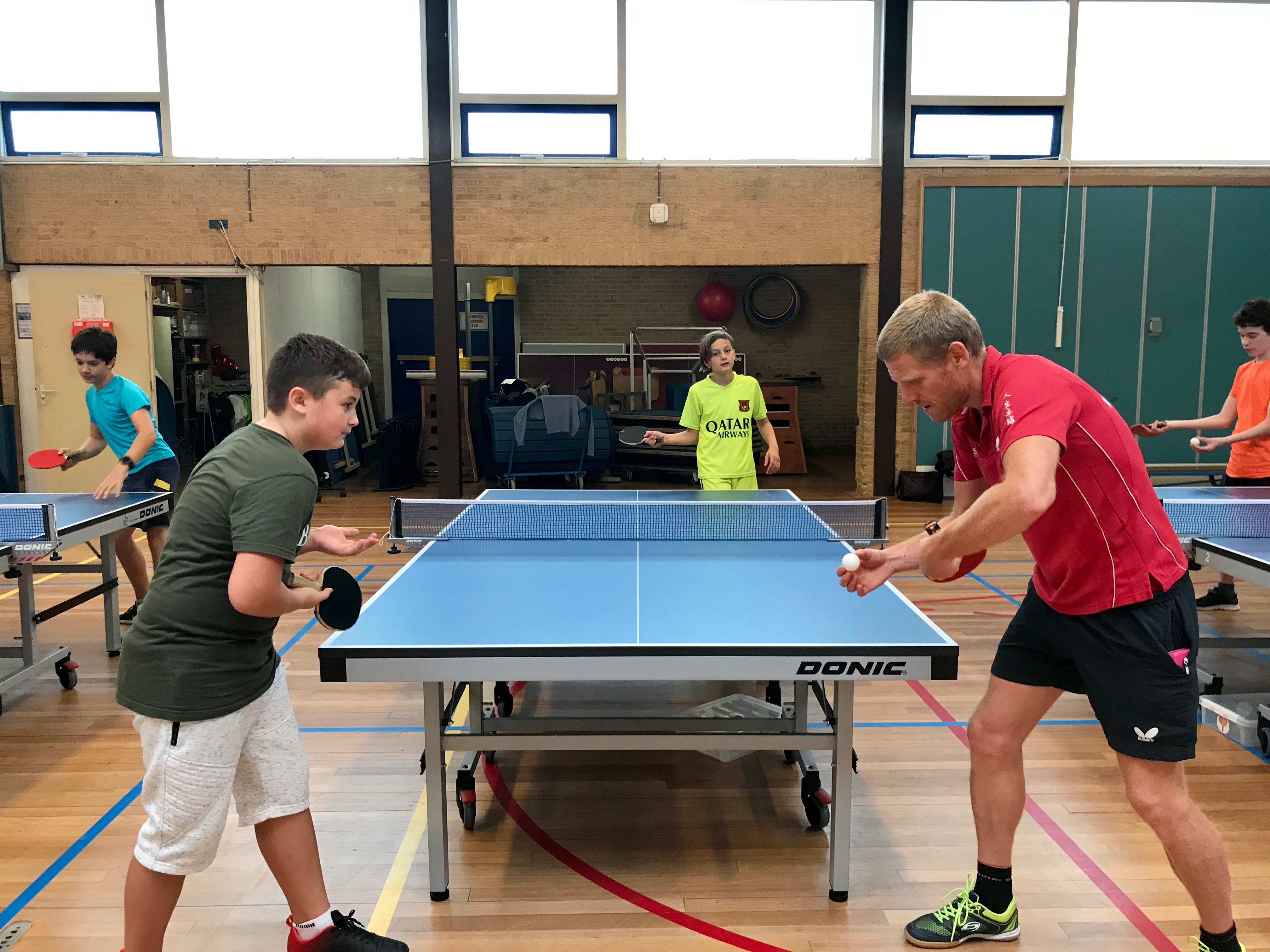 On Friday 13th December, the Municipality of Alkmaar in the Netherlands acknowledged their local sports champions at Podium Victorie during the Huldiging Sportkampioenen 2019. The evening celebrates the success and achievements of local athletes, teams, adapted sports stars and clubs.

This year, Alkmaar Sport introduced a new category – Hart Voor de Sport (Heart for Sport) for a person who demonstrates outstanding commitment to the community through sport. Mark Smith – President and founder of the newly established club Ping Pong Alkmaar (PPA) received the inaugural award and was recognised for his services. The award shines a light on sporting individuals making positive contributions to the community. Mark was humbled by the award hopes the club continues to gain traction “its great recognition from the local community, we’re working really hard at PPA to create a warm and welcoming environment for all people, no matter their background”.

In July 2019, Ping Pong Alkmaar launched the ‘Refugee Integration Table Tennis Project’ with the support of the ITTF Foundations TT Dream Building Fund. The project uses table tennis as a vehicle for integration of refugees into society. “We have a Wednesday community session which is for everyone, but especially we’re trying to bring in refugees who might not be involved in sport, might not be involved in social circles, who have just arrived” says Mark. “Table tennis is a good way of breaking down those barriers and meeting new people and forming friendships.”

With over 25 million refugees around the world, sport is a practical and effective tool for breaking down cultural and ethnic barriers. Ping Pong Alkmaar is one of four Dream Building projects with a focus on supporting refugees. The ITTF Foundation hope these projects will inspire others to create inclusive clubs and activities - free from discrimination and open to all.