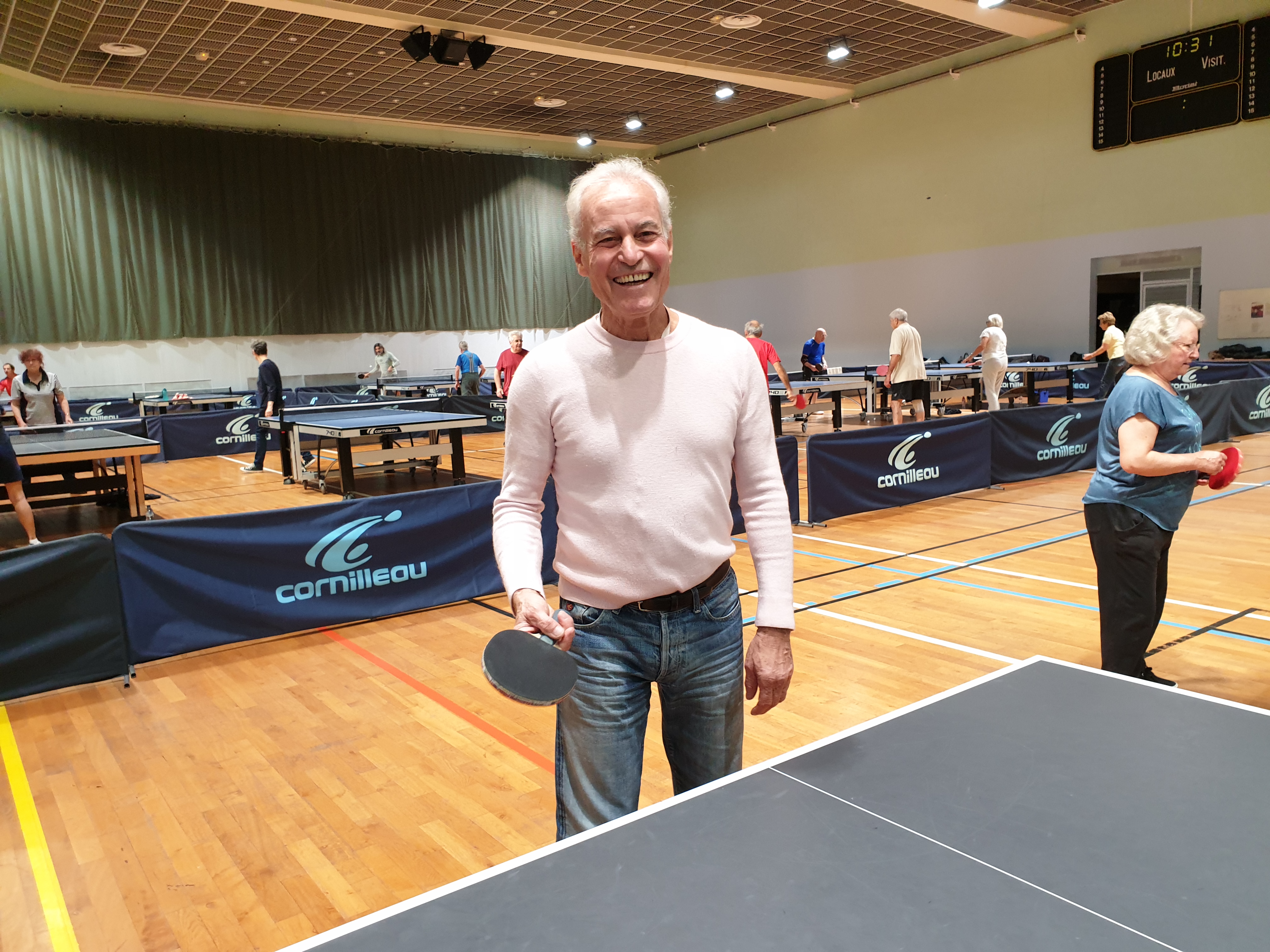 In January 2019, the first edition of the table tennis #DreamBuildingFund had been launched and six successful projects from across Africa, Europe, Latin America and North America were selected. As we continue to provide support and guidance, we also hope to highlight their milestones and progress. Read on!

Our second Dream Building project partner in Europe is Ping4Alzheimer, a project that aims to deepen the understanding and to promote the practice of table tennis for people with Alzheimer's and support primary caregivers. The project is managed by Levallois Sporting Club Tennis de Table based in Paris, France.

Marking World Alzheimer’s Day on 21st September, Ping4Alzheimer presented the project during a conference at the "Alzheimer Village" in Paris. In attendance were 100 medical practitioners, where discourse focused on the benefits of sports and specifically table tennis for patients diagnosed with Alzheimer’s. In France, over a million people are living with Alzheimer’s disease, which not only impacts the individual, but their families, friends and caregivers.

The approach by Levallois is unique to other sport related therapies, with a conscious effort on reducing the negative stigma surrounding Alzheimer’s and increasing socialisation opportunities. “People with Alzheimer's often become isolated and withdraw from their regular community life, which creates further social and emotional health issues” says Project Leader Renato Walkowiak. “We have a strong focus on integration and show that life doesn’t end when you have Alzheimer’s. Also, we want to change the way others look at the illness, public perception is very poor with little knowledge about Alzheimer’s disease.”

In December 2019, Médéric Alzheimer Foundation awarded Levallois Sport Club Tennis de Table first prize in Category 2: ‘Proposer des activités physiques ou sportives adaptées aux personnes ayant des troubles cognitifs’ for their work in providing sports to people with cognitive disorders. As part of the award, Levallois also received €6,000.00 towards the programme in order to further develop activities and to better support families. Levallois is working towards expanding the programme and encouraging other clubs, both in France and abroad to adopt the programme and support people in their communities through table tennis.

The project currently operates in 4 locations in Kampala; Police Children’s School, Salvation Army Home of Joy, St. Charles Lwanga and Railways Primary School. On average, over 160 children regularly participate in the programme each month with 10 students receiving funding to cover school fees. Inability to attend school and lack of education contributes to the cycle of poverty in Uganda. According to the United Nations Development Programme (UNDP), the average years of schooling in Uganda is 5 for boys and 7 for girls.

“Poverty is prevalent in large areas of Kampala including Nsambya, where Slum Ping Pong is based”, says Project Leader Emmanuel Bazira John Bale. “Few opportunities exist for children in these areas, SPP was founded to offer hope to these children and try to break the poverty cycle by offering table tennis as well as school support where possible, mentoring and providing tools that can create positive change”.

NYTTA took part in July 2019’s Summerfest Festival with a table tennis exhibition that saw nearly 100 people of all ages participate in a variety of games activities. This was quite an exciting activity promoting diversity and inclusion through sport. The Summerfest Festival will provide an annual platform to promote table tennis alongside NYTTAs school camps. 2 school camps took place in July at Brookfield Academy and Whitefish Bay High School, where students developed and improved new skills in table tennis. A total 27 students took part, including 11 from minority backgrounds.

August’s training camp at Shorewood Intermediate school aimed at introducing table tennis to students with hourly sessions taking place daily for 8-11-year old’s and 12-18 year old students. With participation in the training camps substantially increased compared to the previous year and students feeling motivated and enthusiastic, NYTTA will continue to deliver summer camps and develop the programme. In addition, NYTTA will focus on reaching out to school administrators in Milwaukee public schools with the aim of integrating table tennis in physical education classes.

“Table tennis is the only sport that a 9-year-old girl could compete, and even beat a 20-year-old American footballer! That table is the great equalizer - I don’t think you can say that about any other sport” Linda Leaf, NYTTA President and Project Leader.

For more information about these projects, please visit Dream Building Fund page and follow us online for updates. Selection for the new 2020 projects are currently underway and will be publicly announced in the coming weeks.