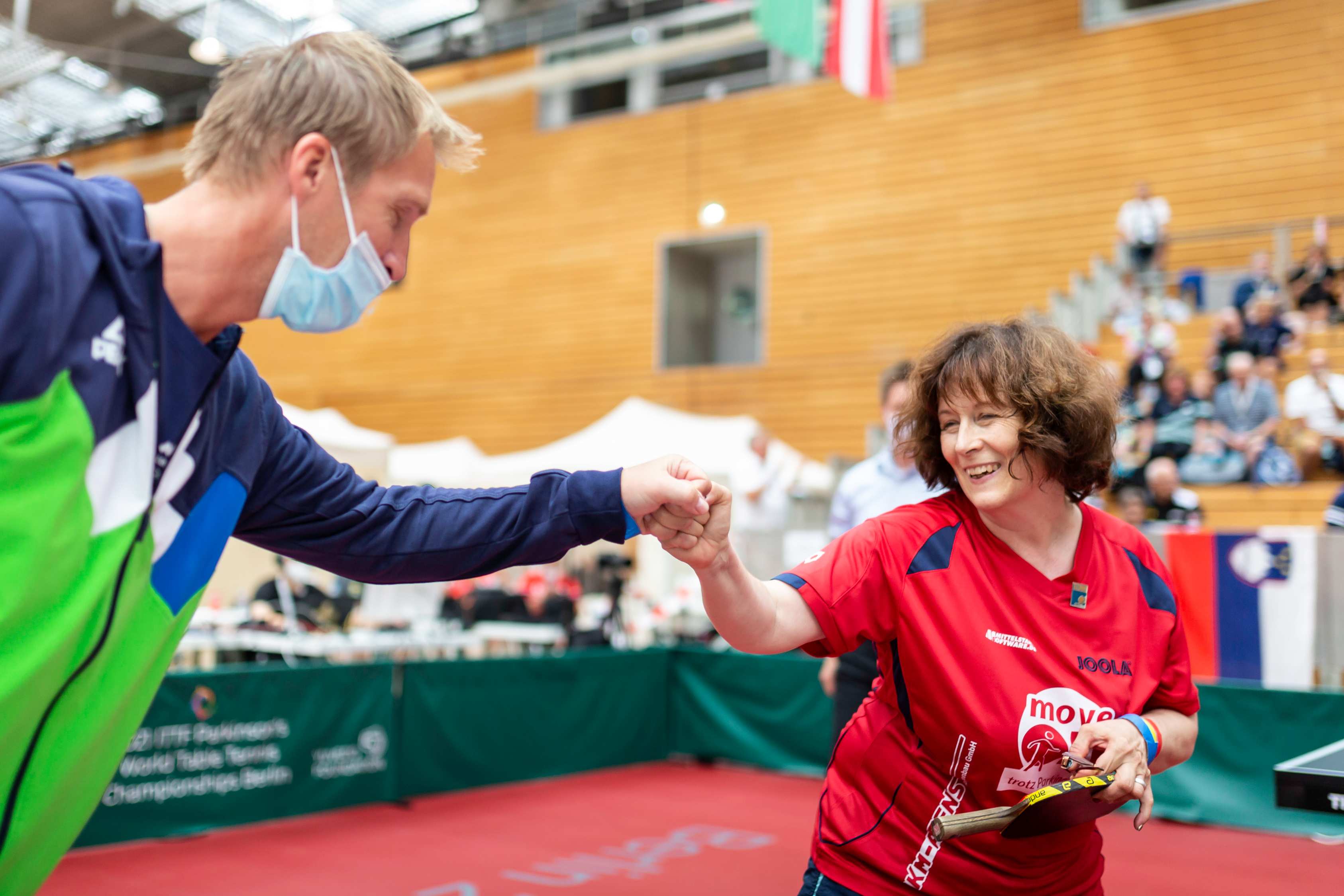 Our survey of the 2021 ITTF Parkinson’s World Table Tennis Championships (PWTTC) participants in Berlin reveals the need for better suited rules and classification system, as well as other insights into the tournament that would benefit future organising committees.

136 participants from 24 countries and a total of 431 matches played, albeit being only the second edition, the 2021 PWTTC has seen valuable feedback from the participants and set the bar high for future editions. 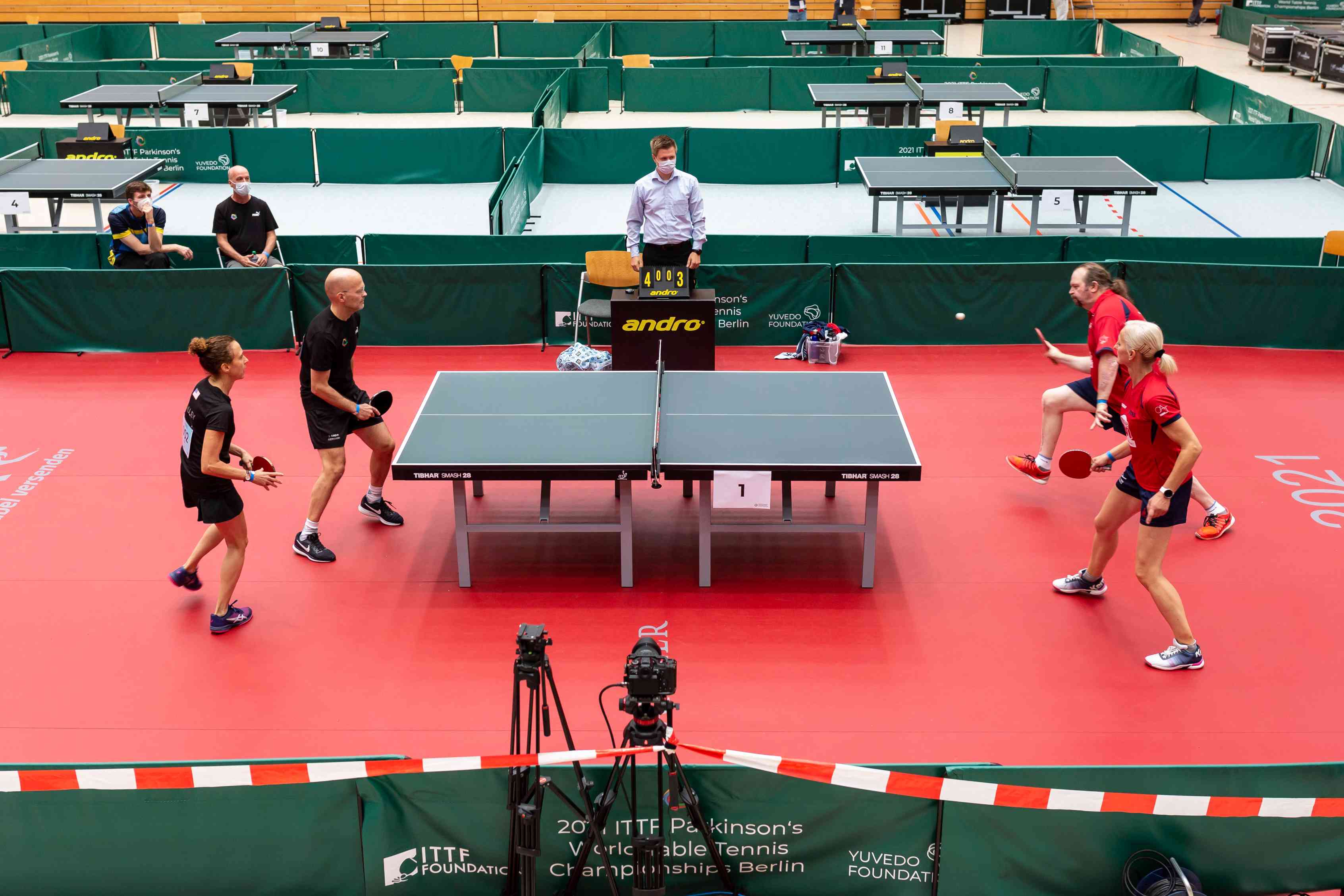 The 2021 PWTTC has incorporated a set of new rules to better serve the needs of Parkinson’s fighters.

New rules such as medical timeout, freezing (match stops due to player’s inability to initiate movement), service relaxation, and free hand on the table to regain balance were in place to ensure the health and fun of play for our participants. 90 % of the survey respondents were happy to have free hand on the table, while 83 % thought it was good to have the medical timeout and freezing. 79 % of the respondents thought service relaxation was helpful, with merely 17 % believing the rule was “not needed”.

Maintaining fairness while optimising the joy of play for participants has always been one of our top priorities in PWTTC. Based on the preliminary research of the German Sport University Cologne (Deutsche Sporthochschule Köln), and the University of Kiel, the classification system for 2021 PWTTC factored in multiple variables that would affect a participant’s ability to compete.

With its debut in Berlin, 77 % of the participants were aware of the new classification system, and 65 % of whom considered the new system fair. Most respondents agreed that the classification criteria should be announced before the tournament to allow enough time for objections.

Consolation rounds will be a staple

As most of our participants attended the 2021 PWTTC for it social benefits and the fun to play (34 % attended to meet people, 31 % to play, and 19 % to have fun), 69 % of our survey respondents were satisfied with the number of matches they played.

In addition to the main draw, consolation rounds were also introduced for the first time in 2021 PWTTC. The aim was to offer the participants more opportunity to play, not only to compete, but also to make new friends through table tennis. The idea was greatly appreciated, as 92 % of the respondents has agreed that consolation rounds should be integrated into all future PWTTC.