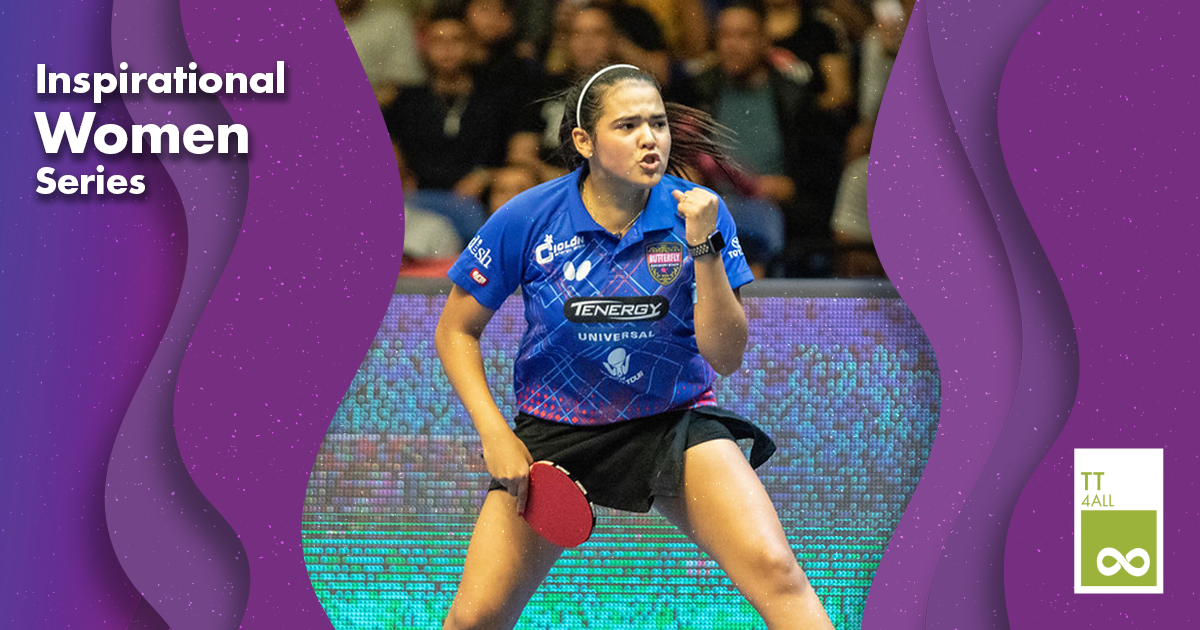 An inspiration on and off the court: Adriana Diaz

Olympian, Pan American Games winner, Top-20 in ITTF World Ranking – everything Adriana achieved before the age of 20. Now, she is raising her voice towards gender inequalities in life and in table tennis.

The stories of our Inspirational Women Series in table tennis normally begin in an early age, but Puerto Rican Adriana Diaz’ begins before she was born.

Adriana was raised in a table tennis family, both parents were players. When her mother was pregnant with her, she played a tournament. And on the next day Adriana was born.

Her first contact playing table tennis was at the age of 4. Her father Bladimir took her to their hometown table tennis club, Las Águilas de las Montañas de Utuado, where she played with her sisters. It did not take long to see her extraordinary skills for our beloved sport.

The 20-year-old Puerto Rican player described her experience of being raised in a table tennis family as a blessing:

“Table tennis has given me so many opportunities and experiences so my family being with me throughout this journey is truly incredible.”

Her journey includes milestones, such as being the first Puerto Rican table tennis player to qualify to the Olympic Games in 2016, winning the Pan American Games at the age of 19, and reaching the ITTF’s World Ranking top-20 early last year.

Unbelievable achievements for a player from a small Caribbean island, where the most popular sports are basketball, baseball, and American football – and table tennis was only known as 'ping pong'. Because of her victories and charisma, she became the Pride of Puerto Rico, a role model for younger generations worldwide, the Celebrity of the Year in 2014, chosen over the musicians Ricky Martin, Daddy Yankee and Luis Fonsi, and chosen in Teen Vogue's 21 Under 21: The Young People Changing the World.

Despite her young age, Adriana takes this responsibility very seriously and gets excited at the same time:

“I know that a lot of people in Puerto Rico support me and every time I go out there to play, I do it for them.”

Many of those people who support her are children, so she uses table tennis to motivate little girls and boys to follow their dreams:

“I think I can try and be an example for those little kids who come from little islands but have big dreams.”

Her motivation to raise her voice and contributing to gender equity also comes from a personal experience in a tournament:

“I remember that a few years ago I had won a tournament and I found out that I had received less money than the men’s champion. I was shocked. It was the same event, same amount of people, same sacrifice... the only thing different - we were girls. It wasn’t about the money, it was about inequality.”

At that moment Adriana knew that something had to be done and told her parents that she would not remain silent if that situation happens to her again.

Nowadays, the Puerto Rican player sees that table tennis has changed for the better since then, but she also emphasises that we have to understand that no one is superior or better than others because of their gender.

ITTF has been aware of the injustices faced by women in sports and also in daily life, so since 2006 equal payment for men and women is mandatory in all ITTF events, and now in World Table Tennis events as well.

There have been improvements on gender equality, but we, the people of all gender identities, still have a long way to go on this topic. That is the reason why Adriana sends us a reminder:

“Equality is not a privilege, [it] is a right. Don’t let anyone put you down or make you think you can’t make something. You are capable and you are important. We have to learn to live with equality and respect, where effective communication lets us talk the differences and let us live in peace.“

Thank you, Adriana, for sharing your thoughts and experiences. We, the ITTF Foundation, wish you the best of luck in your endeavours, whether it is at the table or in life, and hope that many people will follow your great example standing up for gender equity.