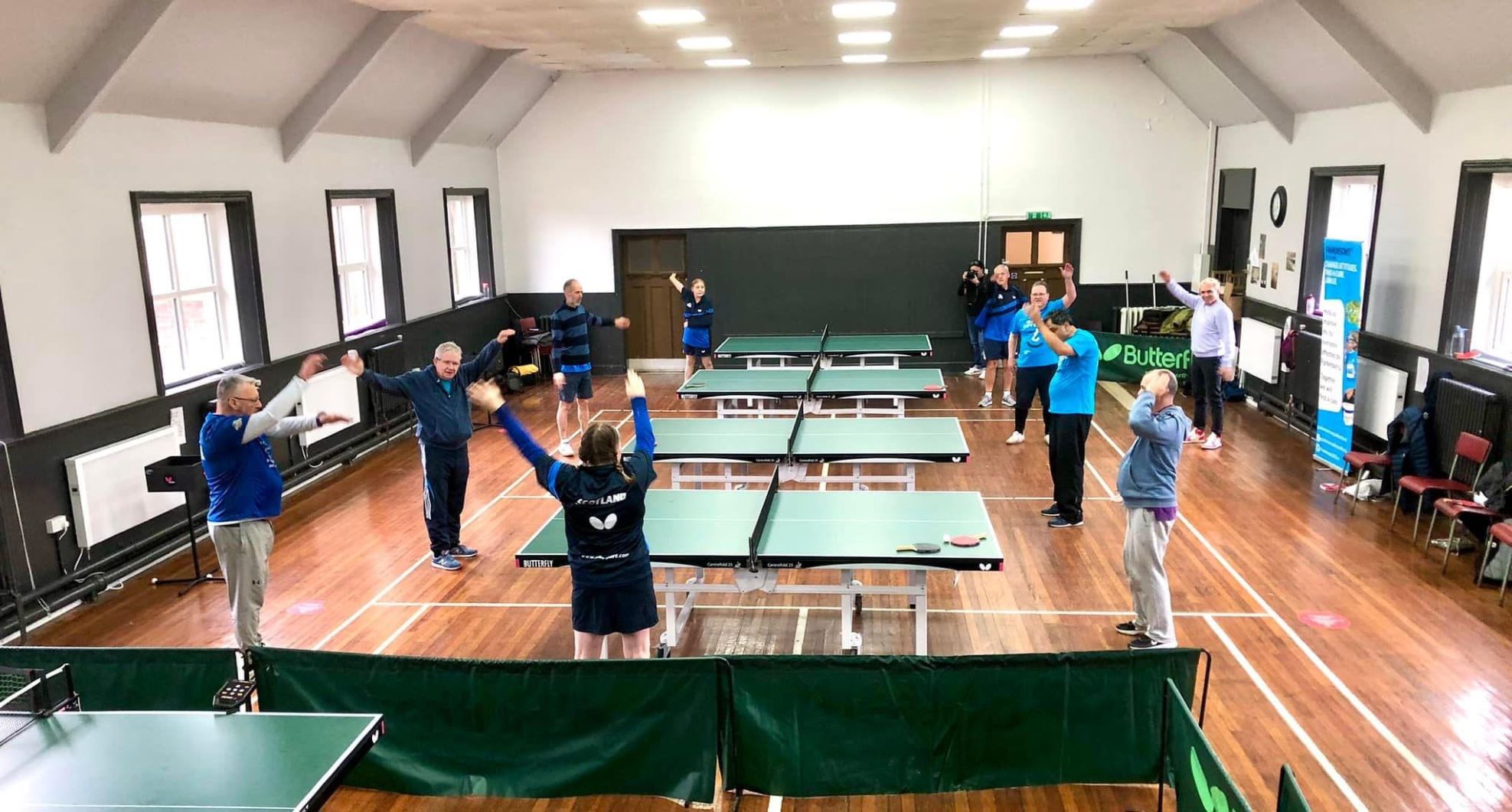 Parkinson’s Scottish Table Tennis Association, which is fully affiliated with Table Tennis Scotland, was born in 2020 to expand awareness of the benefits of table tennis in reducing the effects of the disease.

Roy Claxton is not a stranger in the table tennis world. He is a Scottish Veteran International and National Champion, and is now a Head Coach of South Ayrshire Table Tennis Club (SATTC). One day in early 2020, he received a call from two persons with Parkinson's disease (PWP) asking, ‘could you provide us some table tennis coaching?’ Roy did not waste the opportunity to accept them as his trainees. It was a game changer for the whole PWP community in Scotland.

The training began with him providing twice-weekly sessions at Mossblown Community Center. On the weekend, many highly-motivated PWP players from different cities join the training. Things escalated quickly. They targeted participating in the UK Parkinson’s Championships at St Neots TTC in August 2021. Four players entered the championship, and they brought home two medals! Joy Paul won a Bronze medal in the Mixed Singles, and Brian Carson earned a Silver medal.

The following week, five players, Leona Brandt, Stewart Robb, Brian Carson, Gary Laing, and Joy Paul, flew to Berlin with Table Tennis Scotland (TTS) support. They represented Scotland for the first time in the ITTF Parkinson’s World Table Tennis Championships (PWTTC). Leona won a Bronze medal in Ladies Singles, and Brian earned a Bronze medal in the Men’s Doubles in the 2021 ITTF PWTTC on 9-11 September in Berlin, Germany. Echoing Roy Claxton’s statement: considering only 18 months of training and plenty of limitations due to the Covid-19 pandemic, being immensely proud of their achievement is an understatement.

Joy Paul and Leona Braud are the ones who asked Roy Claxton to coach them after discovering that table tennis could improve cognitive and motor symptoms in patients with Parkinson’s. Their simple question led to the establishment of Parkinson’s Scottish Table Tennis Association which is fully affiliated with TTS, and acceptance of PWP as full members of SATTC and in the West of Scotland Table Tennis League. Their participation and medal attainment in national and international events have made them champions. This is just the beginning. TTS will continue to advocate that all clubs in Scotland will welcome PWP as full members; thus, people are aware of the benefits of table tennis for all and for a better life.

The 2nd Annual Parkinson's UK National Table Tennis Championships will take place this weekend, Sunday, 7 August 2022. It will apply rules and a classification system based upon the 2021 ITTF PWTTC. Complete information can be found in the picture below. 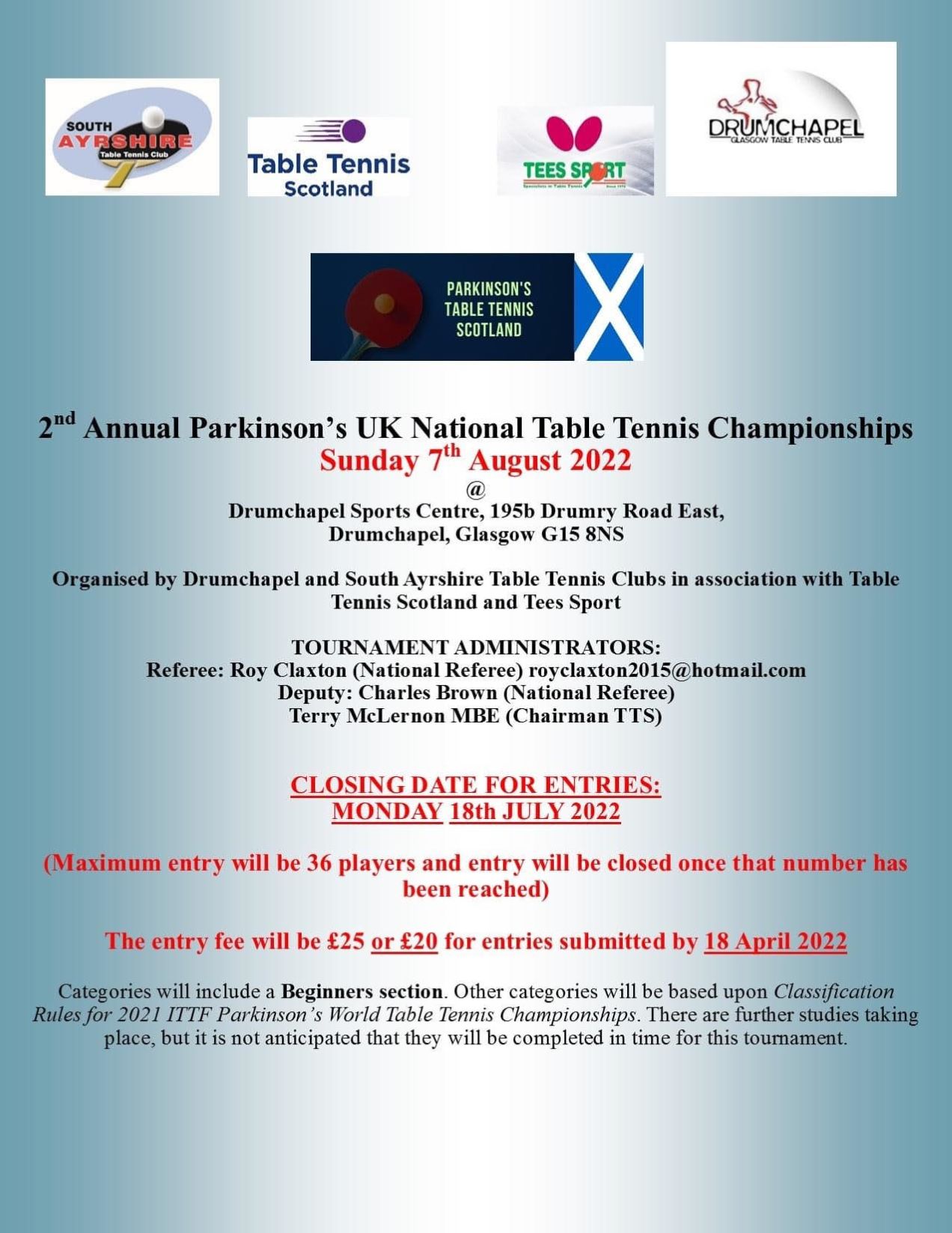 Curious about the 2021 ITTF PWTTC? Watch on this link!